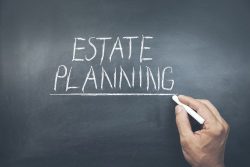 Former Vice President Joe Biden released a 110-page economic plan that included significant modifications to the estate tax exemption, in addition to other tax policies that could impact your estate.

In addition to reverting the estate tax to historical norms, Biden’s economic plan includes revenue enhancements through modifications to the individual income tax rate on households with taxable income in excess of $400,000, according to CNBC.com.

Former Vice President Biden’s economic plan includes modifications to the tax treatment of unrealized appreciation of assets passed on at death. The plan would prohibit a tax-planning technique referred to as the “step-up in basis,” which enables heirs to minimize capital gains taxes when they sell holdings that were inherited.

By taxing the unrealized gain at death, heirs would receive a tax bill at the transfer, regardless of whether they sell or keep the inherited assets. In addition, it would not be possible to avoid the tax hit by gifting an asset to a loved one while you’re alive. The appreciation would be subject to taxes upon the transfer under Biden’s economic plan.

Whether or not you believe the polls, it is apparent that the 2020 election could lead to a dramatic change in the federal tax system. As a result, you need to be proactive and contact an experienced estate planning professional to discuss steps that can be taken to plan ahead and position your estate to lessen the potential adverse effects of another round of tax reform. Learn more by contacting InSight Law today.