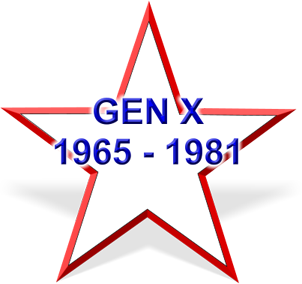 A new study published by the Insured Retirement Institute revealed from surprising, and disturbing, statistics. Over 75 percent of individuals categorized as “Generation X” (i.e. people with birth dates from the early 1960s to the early 1980s) do not consult with financial advisors to help them plan for retirement. Even more shocking is the fact that this is a sharp increase of 63 percent back in 2012.

The study delved into different income levels and found that 65 percent of people in Generation X who make $75,000 or more in income, do not have a financial advisor.

As for Gen Xers working with an advisor, 23% have $200,000 or more in the bank for retirement, compared with 12% among those not working with one.

Why do so many people decide not to speak with a financial advisor? It appears many feel their savings level isn’t high enough to actual warrant speaking to an advisor. Other reasons mentioned in the study include age or a general belief that they can manage their money best on their own.
What’s disturbing is the fact that the average retirement savings level has also dropped. In fact, it dropped by 15 percent in just the last two years. At the same time, those who say they lack confidence in having enough money in the bank to retire doubled (42 percent now as opposed to 20 percent in 2012).

So what does all this data mean? Well, it highlights the distinct advantages of working with a financial advisor. People working with an advisor had more money in the bank for retirement and appear to be on a much stronger footing with their finances.

Conversely, people who decided to avoid working with a financial advisor had a lot less money in the bank and, according to the data, are much more worried about their retirement future.

The lesson? Consider speaking to a financial advisor. You owe it to yourself and your future.