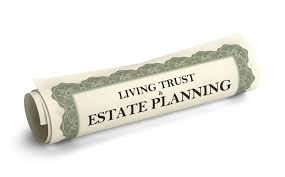 Whether the Orioles professional baseball franchise is going to remain in Baltimore, Maryland is now an open question in the wake of lawsuit filed by Louis “Lou” Angelos (son of beloved team owner Peter Angelos) against his mother and brother.

Lou Angelos filed his complaint with a Baltimore County court on June 9, 2022 demanding recent amendments to a family trust be voided. In addition, the complaint demand that his aforementioned brother, John Angelos (current CEO of the Orioles) be held liable for fraud and intentionally interfering with Lou Angelos’ inheritance.

When an estate-related dispute arises and is allowed to escalate to litigation, the damage inflicted on the relationships of the surviving family members can be severe and even irrevocable. Unfortunately, the Angelos’  estate feud appears to be a prime example, particularly in light of the allegations levied by Lou Angelos against his mother and brother. For example, Lou Angelos  accused his brother of “taking control” of the professional baseball team against the wishes of their father when he encountered issues with his health. Lou claims that John “manipulated” their mother, who is now 80 years old, to ensure John was empowered with full control over the Orioles franchise and operations.

The lawsuit goes on to allege that Lou Angelos’ mother, Georgia, believed that it was in the best interest of the family trust to ultimately sell the team to a new ownership group and that John “misled her into believing that he is working to accomplish this goal” but actually has “done everything in his power to stall and, ultimately, thwart plans to sell the club,” according to The Athletic. The lawsuit goes on to allege that John actively and intentionally refuted “interest expressed by one highly credible group of buyers.”

Considering the allegations levied by Lou against his brother John, it is reasonable to speculate whether Lou may be in the grips of “Fredo Corleone Syndrome.” For context, Fredo Corleone is a character from the beloved award-winning movie, “The Godfather.” Fredo is the son of Don Corleone and brother to Michael Corleone. When “the Don” became ill and passed on, he left Michael in charge of the “family business.” Feeling scorned, Fredo decided to betray Michael.

There appear to be similarities between Fredo and Lou considering Peter Angelos, who is still alive but in declining health, decided to appoint his wife and both sons (Lou and John) as co-trustees of the family trust, which is the instrument responsible for managing the family’s fortune, including the professional baseball team. John has become the “new face” of the Angelos family when it comes to Orioles baseball and that could very well have been a contributing factor to the escalation of this family squabble to a full blown legal battle.

We will have to wait and see what happens, but Georgia Angelos felt compelled to issue a statement reassuring fans that the Orioles would remain in Baltimore and there was no plan or consideration related to selling the team to a new ownership group.

As you can see, there is significant value in having a detailed, legally enforceable estate plan in place that clearly sets forth who receives what assets from your estate (which can range from a baseball team to a set of baseball trading cards). If you have questions about what steps need to be taken to create an estate plan or update a current plan, contact Bobby and his team of professionals at InSight Law today. We are here to help.